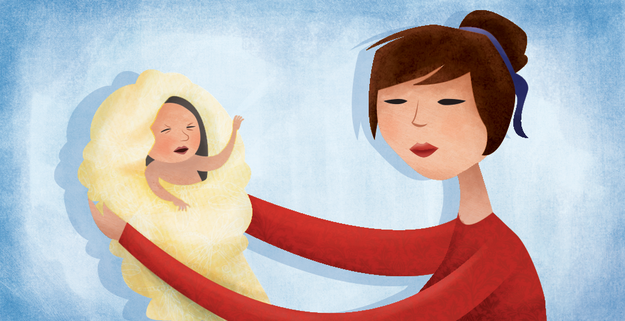 2. In fact, nobody really sleeps through the night, even adults.
Darcia F. Narvaez, professor of psychology at Notre Dame University, says that one of the main misconceptions parents have is that everyone normally sleeps eight hours. We don’t.
“Adults don’t sleep through the night either, they just forget that they’re waking up routinely,” she tells BuzzFeed. “We jam all our sleep into eight hours because we work during the day and that’s just not normal if you look at the history of humanity.

“It’s normal to have periods of waking up and short sleeps. With hunter-gatherers, they sleep for two hours and then they’re awake and that’s for the whole 24 hours.”

“So that means you want to keep that baby calm while the brain systems are finishing because they only have 25% of the adult brain-size developed, and a lot of systems haven’t set their thresholds and parameters yet. They’re expecting good care – like in an external womb or nest. We call it the evolved developmental niche or nest.”

4. Babies who wake up a lot are actually associated with higher levels of intelligence and better mental health.
There is, according to Fleming, a link between “very high levels of developmental and intellectual achievement and not sleeping throughout the night,” while Narvaez says that children who are kept closer to their parents and have their needs more readily met have “greater empathy and more self-regulation, they have greater conscience, and one study showed they had more cognitive ability and less depression.” 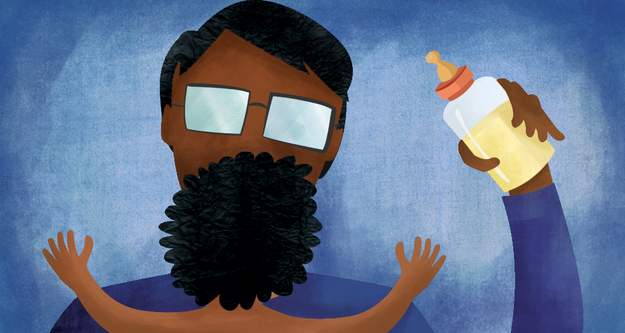 5. Babies have a much shorter sleep cycle than adults.
“Adults tend to go through a 90-minute sleep cycle and come up almost or perhaps completely to the point of waking up and then go back to sleep,” says Fleming.

“We tend to have two or three of those during the night time before we become aware that we’ve woken and go back to sleep. Babies have a 60-minute cycle.”

What this means is that it’s normal for babies to fidget and wake – and unlike adults, they struggle to get back to sleep by themselves.

6. Babies need their parents to stay calm, and leaving them to cry seriously stresses them out, even if they’re quiet.
A 2011 study found that babies do eventually learn to stop crying when left to settle themselves through “sleep training” or “controlled crying”. But while this decreased the stress levels of parents in the study, the level of stress in the babies went up.

Narvaez explains: “So what you’ve taught baby is that it doesn’t pay to signal. The baby’s body goes through a cycle: At first it’s comfortable, then they start to feel the stress hormones start to increase and hopefully the parent is there to calm them down, which is training them to keep their stress response steady at a calm level.

“If the parent still doesn’t come, the sympathetic system is kicking in – it’s fight or flight, you gotta hurry, you’re going to die here if you don’t get attention. If that doesn’t work then you go into the parasympathetic system and it makes you freeze or faint. That is an extreme reaction, but it’s there so you don’t use up all your energy and die.”

7. Babies sleep through the day and wake up at night to make sure they get your undivided attention.
“Typically, babies love sleeping during the day, and 6pm to midnight is the time they’re going to want to be awake the most,” says Fleming.

“Actually, biologically that’s a big advantage because they will have more attention from their two primary caregivers at that time of day than at any other, because there are fewer distractions. From a biological point of view what the baby is doing is completely normal and sensible. It just doesn’t fit in with our 21st-century expectations.” 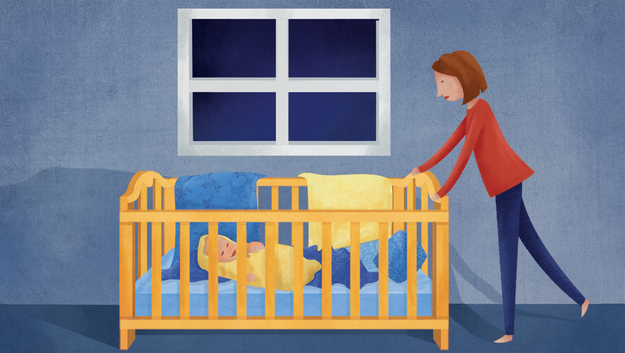 8. Babies aren’t supposed to be apart from their parents, whether in a separate room or even in their own bed.
“If we go back to evolutionary history of humans,” Fleming says, “babies spent all their time in close and continual contact with their mum, they get carried around everywhere.

“If the baby is constantly with mum, the idea that they need to sleep for long periods of time doesn’t really arise. In most parts of the world and most infants on this planet, that is still the case.”
Fleming says there is evidence to show a higher risk of sudden infant death syndrome (also known as cot death) among babies that are kept in separate rooms.

9. That’s why co-sleeping is such a popular technique across the world: Babies crave personal contact and can get upset when they don’t get it.
Fleming argues that co-sleeping – sharing a bed with your baby – is far more common across the world than some people might think.

“The idea that sharing a sleep surface with your baby is in anyway wrong, abnormal or peculiar is just nonsense,” he says. “Most people in the world would see that view as bizarre – 90% of the human infants on this planet sleep that way every night and over the half a million years of human evolution that’s been the norm.”

Fleming admits that while it’s not possible for working parents to be with their children constantly, there can be compromises, such as being in as close contact as possible while they are with their kids.
Despite what you might hear, and though it might try your patience, it’s natural for babies to wake in the night.

Babies are attuned to having their needs met by a primary caregiver throughout the night, in close contact, with lots of feeding. And there isn’t much we can do about it.

As Fleming puts it: “One needs to remember that society changes faster than biology. A biological pattern that’s taken half a million years to develop can’t just be suddenly ignored and turned around. Particularly when there’s no advantage in doing so.